A 2-year-old boy – who was injured earlier this week when his older sister accidentally shot him in the stomach – died of his injuries while in the hospital. Investigators believe the rifle had been used earlier in the day by the children’s father and left in the living room area of the house. The release stated that the gun was “in an unloaded state but did have live rounds in the magazine.” Officials are urging people to review the way they store their guns and ammunition.

The family was at home when the shooting occurred, and the mother heard the shot and was able to call for help quickly. The child was taken first to Logan Regional Hospital where he was rushed into surgery; later, being airlifted to Primary CHildren’s Hospital, where the child succumbed to his injuries. 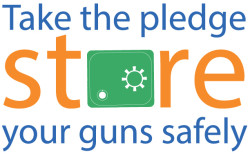